I am stressed. Extremely stressed. Because I just found out that I have two weeks to a midterm and an exam both of which I haven’t studied … a single thing. I was so stressed I couldn’t eat dinner. What makes things worse is because its my fault for being such a humongous procrastinator. But everybody’s also unsympathetic because … I didn’t have to do the exam. Its not even in my school curriculum, but I signed up for it, thinking I have a brilliant brain that can juggle both words and numbers.

So while my eyes are rolling all about in my head as I eye the numbers, I decide that THAT’S IT. I AM GOING TO WRITE A FRIVOLOUS POST. Hence here it is … 15 Amazing Characters Who Aren’t Given Enough Love. Link it to Valentine’s Day or Week if you want, but to be honest its just me wanting to fangirl about characters that are never given enough attention in the online anime community, whether its due to the anime being not popular enough or other characters in popular anime attracting more attention than them.

Gon is one of the most unique and least annoying male leads of all long-running shounen series. Having great animal-like instincts and very interesting logic coated in optimism and a strong belief in himself, Gon is a delightful protagonist to root for. Together with Killua, he’s also one of the most adorable protagonists ever that invokes the type of motherly sentiment most of us feel towards characters like Kuroko. I am forever literally squealing at how cute he is when he isn’t in battling mode.

In Brothers’ Conflict, most people are either big fans of Natsume (I can name the people over here who are absolutely crazy for him, including me), or prefer tsunderes like Yuusuke. Futo appears to be a bastard in the anime and I never liked the younger brother type of male characters, but after playing his route in the original game I have completely changed my mind. He’s not only exquisitely beautiful and smexy his own right, but he’s also actually very vulnerable and sensitive to the MC’s various feelings and actions. The guy really cares. He may be very mean at times, but honestly, that’s just his mouth. I get goosebumps (the ‘good’ kind) everytime he says ‘Oneesan~’ Whether Charlotte is a trainwreck or just Jun Maeda’s magic touch selling like hotcakes for no good reason in Japan, you’ve got to agree that Yuu is one of the most complex protagonists in 2015. Whether its trying to get one up on everybody by cheating or letting himself sink entirely into the doldrums, or not trying to save the world just because, the guy has interesting motivations and reactions that really draw you in because of his unpredictability.

In Clannad and its better sequel, everybody’s all about Nagisa and Tomoya, who admittedly are the main characters and drawn to each other romantically for good reasons. Tomoyo, on the other hand, gets only one special. *sobs* Why her? Because she kicks ass, is independent, and is not as easily categorised as is mostly the fate of other ‘harem’ characters. 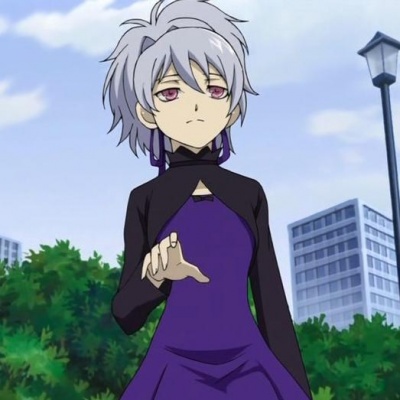 Yin is the manifestation of my personal bias in Darker Than Black and not only because she’s a useful, lovable kuudere who isn’t supposed to have emotions but develops them naturally over the course of the series. Perhaps my soft spot has something to do with the fact that she’s visually handicapped, but struggles to do something for those she cares about, all the same.

I have never heard of any other Wendy fan. As part of the Fairy Tail frontline, this adorable girl hasn’t been given enough attention, which is puzzling because she also possesses the Fairy Tail character trademark of fighting for her family at all times, attaining progress at a speed at least on par with Lucy, and has also been given a relatively tragic backstory. Just because she’s flat-chested and isn’t loud like Natsu or hot like Gray doesn’t give you the right to ignore her, people!

As one of the most quirky and interesting female protagonists in a series that is really masquerading as a socio-political commentary, Hajime appears to be loud-mouthed and ridiculously optimistic. But, in a way similar to Gon, she is very observant and draws her own conclusions on the operations of society. Her questions about social trends and crowd mentality would, I daresay, make you question yours as well.

The way this girl nurses, maintains, and tries for her unrequited love to turn back and look at her makes her literally … Best Girl. Honey & Clover doesn’t quite focus on any one character, but Yamada’s side story remains one of the best told in all unrequited crushes in romance anime – nuanced, dramatic, and full of the eternal spring and passion of youth. 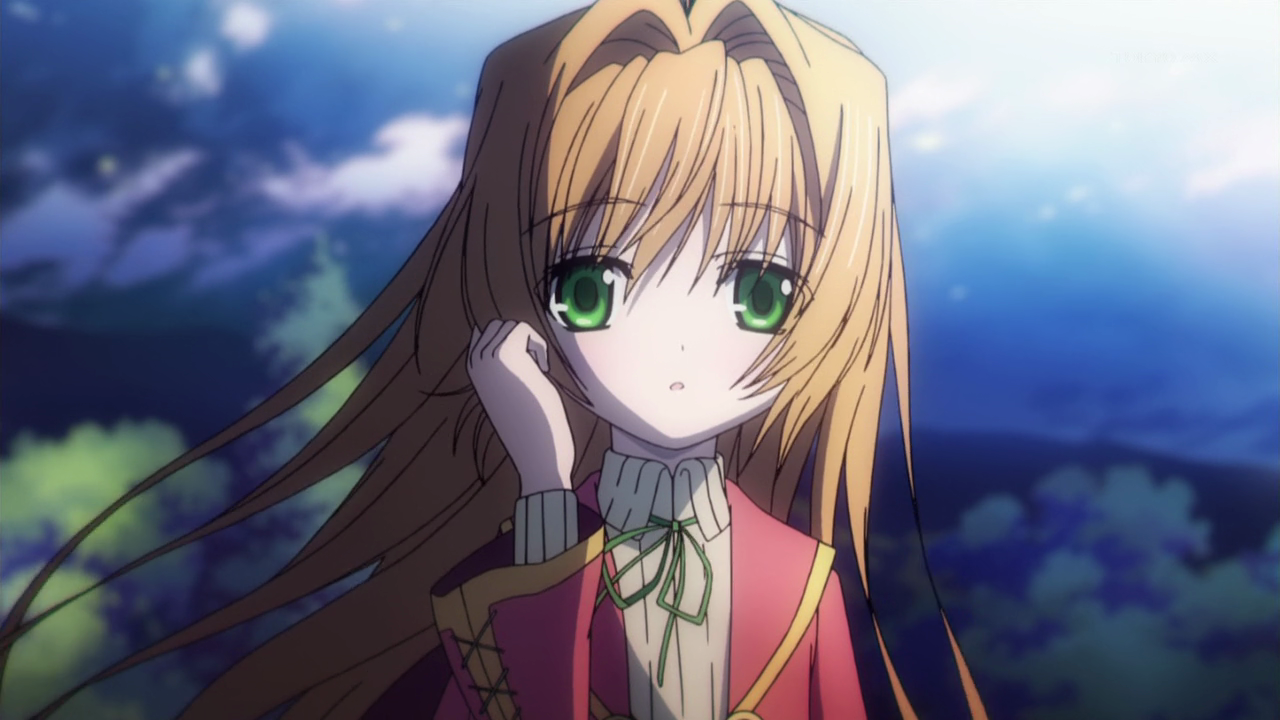 Seeing that Ai is my mascot, this sounds like I am trying to promote myself, but I really am not. Ai may not be as fully developed or introspectively interesting as characters in similar stories like Kino’s Journey or Jinrui wa Suitai Shimashita, but she has that adorable ‘little girl’ charm in facing the obstacles on her adventure.

Aside from Tamiya Ryouko, Migi has to be one of the most interestingly developed characters of Parasyte. Its change from aloof, extremely logical and self-preserving extra-terrestrial species to a more humane form which learns empathy and emotions is subtle, but extremely rewarding. 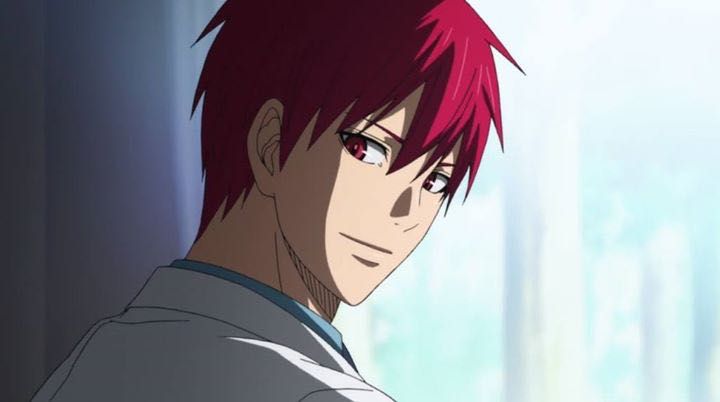 Because Akashi is one of the main characters with the least airtime, viewers don’t quite know him as well as say, Aomine or Kise. Even with a rushed backstory, one can see that Akashi has not always been one-dimensionally terrifying. He really used to be a good leader in his middle school days, only wanting the best for the team, when the friendship between the five snapped and his perspective changed.

What makes Monster an exceptional thriller series is partly due to its amazingly sinister antagonist. Johann is a real terror which makes its viewers continuously question whether he is really as evil as we all think him to be, especially when he’s flawlessly charismatic, ridiculously good-looking, and intelligently executes smooth cover-ups that make his alibi literally … perfect. He is definitely one of anime’s toughest criminals to catch.

The world can rave about Rei or Shinji or Neon Genesis Evangelion as an entirety, but the mostly ‘bitchy’, bad-tempered and spoiled Asuka is the one that made me invest in NGE as a whole. Behind her tsundere-ish facade is an extremely emotionally vulnerable and insecure teenage girl struggling with issues of belonging and identity. The nuance with which this is revealed in NGE is what most later iterations of her character prototype fail to fully recapture and reproduce. 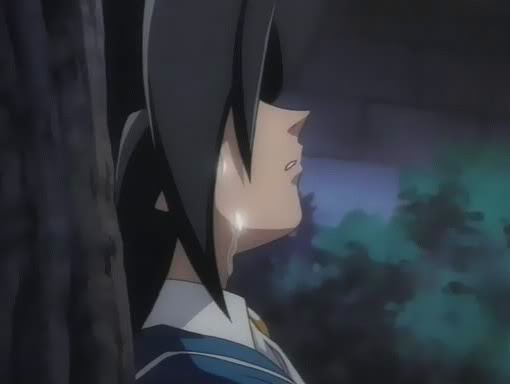 Shoujo fans look out, Fakir is one of the most underrated and least mentioned shoujo male lead that’s much more worth fangirling over than some modern male characters. Princess Tutu is easily one of the most heartbreaking love stories in the shoujo genre ever, and that is no doubt partly due to him. He truly represents the notions of ‘love takes all forms’ and ‘beauty is in the eye of the beholder’.

Characters as ‘dangerously likeable’ like Aika are very few and far between. The only similar ones are Holo from Spice & Wolf, C.C from Code Geass, and to a lesser extent, Hitagi Senjougahara from Bakemonogatari. But Aika is likely to be the least known of the lot. It is unfortunate that we don’t get enough characters like her, perhaps because its actually hard to write female characters that are of that particular level of complexity. But Aika, like the other three, is not only witty, a little snarky, independent, confident, and teasing, but also vulnerable in ways she tries hard to hide. Anime needs more female characters like these.

In the interest of length, there are many characters that I left out in this post. If the response to this post is good, I’ll consider writing another post with the rest of the characters I have in mind. 😀 Are there any characters you feel that are underrated or criminally undermentioned? Feel free to comment, discuss or like, and as usual, thank you for reading to the end 🙂