So, it has been ages since my last manga review. Somehow I find that I am more interested in reading manga precisely during school term and I gravitate towards anime and other things (like books, movies, tv series etc.) when I am having an actual holiday. I have no idea why but I guess it has more to do with the precise reason that I have learnt to associate manga with the endless drone of studying so I feel less inclined towards manga as a whole.

Anyway, enough with the frivolous rambling and let’s get on to my first real manga review in quite some time.

100% Perfect Girl is a manhwa that is not really new, and yet it has always managed to occupy a corner of its audience’s thoughts in the shoujo manga community. By reason of the combination of ‘shoujo’ and ‘mature’ tags, this seemingly thoughtless way of categorisation actually belies a more fundamental characteristic of the story being told that is rather different from what we see in a typical shoujo manga (which tends to be told in a lighter palette of colours, even when it contains realistic aspects in the portrayal of behaviour of young people in love). And it is simply this: 100% Perfect Girl is a very heavy read. It probably should come with the tags *warning: not for the faint-hearted*

Now, that’s not to say that 100% Perfect Girl deals with dark and depressing topics like discrimination, treating humanity as a means to an end, war or military. 100% Perfect Girl deals 100% as its title suggests, with love, but yet it is of a love that is so possessive and full of jealousy that it turns into a rather vicious, ugly animal, destructive of life and people in its path.

100% Perfect Girl mostly tells the story of an extremely rich and powerful young King, who falls in love at first sight with a beautiful, ethereal young girl who comes from a a very poor, commoner family. Before I launch into a rant about how unrealistic the entire ‘love-at-first-sight’ trope has been overplayed to the point that teenage girls who are overtly exposed to such media develop fitful, flighty dreams about The One, let me just state that it is very characteristic of Korean media to take people from the dire opposites of the income spectrum and spin a love story. Its part of a reason why I am not particularly fond of Korean drama series and manhwa, but this is a topic which I will expound upon on another day. 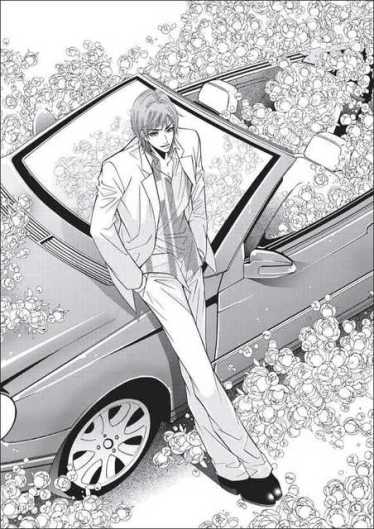 So anyway, guy falls in love with girl and then pursues her to the ends of the earth (literally). Girl doesn’t actually fall in love then, but succumbs to the temptations of good looks and money anyway …. is what I like to say, except that said girl should probably be given more credit than that. Jay Jin may be so, but she is headstrong in the sense that she still manages to keep her head on tight. It is however, too bad for her, since with the melodramatic flair atypical of a story where the author seems set on pushing that elusive fairytale ending further out of reach, the poor girl has to suffer through a series of unfortunate events: jealousy, kidnappings, assassinations, multiple accounts of semi-rape, familial revenge, physical violence, depression and suicide. All because she falls in love with this one guy whose idea of love translates into massive suffocation and restriction of personal freedom due to his inherent flaw of possessiveness and obsession.

What was commendable was the effort made in drawing out certain realistic issues and in portraying how a fairytale set-up may not necessarily end in a happy ending (by saying this however, I maintain a neutral position as to whether this series contains a happy or sad ending). That unfortunately does not mean that the protagonist’s life can be anything short of unrealistic. There seems to also be a larger focus on drawing out flaws in characters though the positive traits surface somewhat that helps to round out their personality.

The art style can certainly said to be unique, with broader strokes on the characters’ facial features and with notable emphasis on the eyebrows and lashes. Characters’ faces are also relatively long and pointed, and Jay Jin’s more ethereal yet down-to-earth beauty has been captured quite well in the way she is drawn.

100% Perfect Girl was addictingly fascinating, but I only devoured it in an effort to stop that growing feeling of dread as the series progressed and to see whether a happy ending is actually possible for this bunch of unfortunate characters. I actually felt emotionally drained after the entire series though I wasn’t exactly smiling in delight, crying or even being excited at all, simply because I was just shaking my head throughout at how unlucky the characters had to be.

All in all, this series was a tad too dramatic for me. Though it had a good plot, I felt very personally removed from the characters, and it didn’t manage to touch me unlike its shoujo counterpart Haou Airen (which I think did a better job than this) or its Chinese live action drama counterpart (Summer’s Desire, which portrays more three-dimensional characters and an extremely interesting female protagonist and which I highly recommend). It is still well worth a try though for those who prefer darker, more serious shoujo stories along the lines of Haou Airen.

Please feel free to share your thoughts below about this manga, whether you have read it or not 🙂