Whether one should watch Cross Ange: Tenshi to Ryuu no Rondo (“Cross Ange”) or not is a particularly difficult question to answer. It is a series that crosses too many boundaries of tolerance for the average anime viewer with its exploration of themes that cannot be stomached by many anime watchers, especially those who take a strict pro-feminist stance or have zero tolerance for blatant fanservice. Consumption of the series should also come with a massive warning label as its content features a smattering of trigger-warning content and controversial themes like yuri-rape, sexual glorification, misogyny, large servings of fanservice and certain atrocious acts of violence, just to name a few.

Now, who immediately closed this window, thinking that this is definitely not their cup of tea? At the very least, I urge those who stay to continue reading to understand why the ability to enjoy Cross Ange is not confined to fanservice lovers or yuri fans, and can actually be enjoyed by the rest of us, including females, who are looking for a good story, relatable characters, or just a nerve-wracking, entertaining ride in general.

The Controversy, Which Unravels 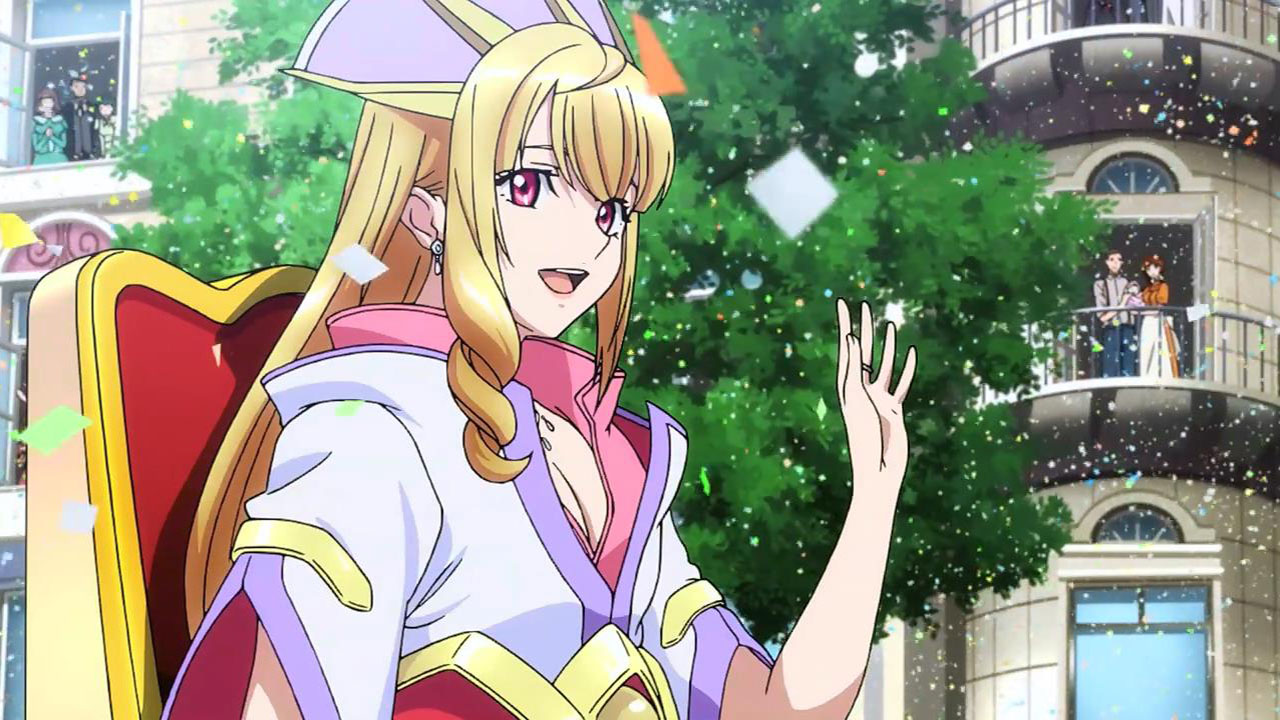 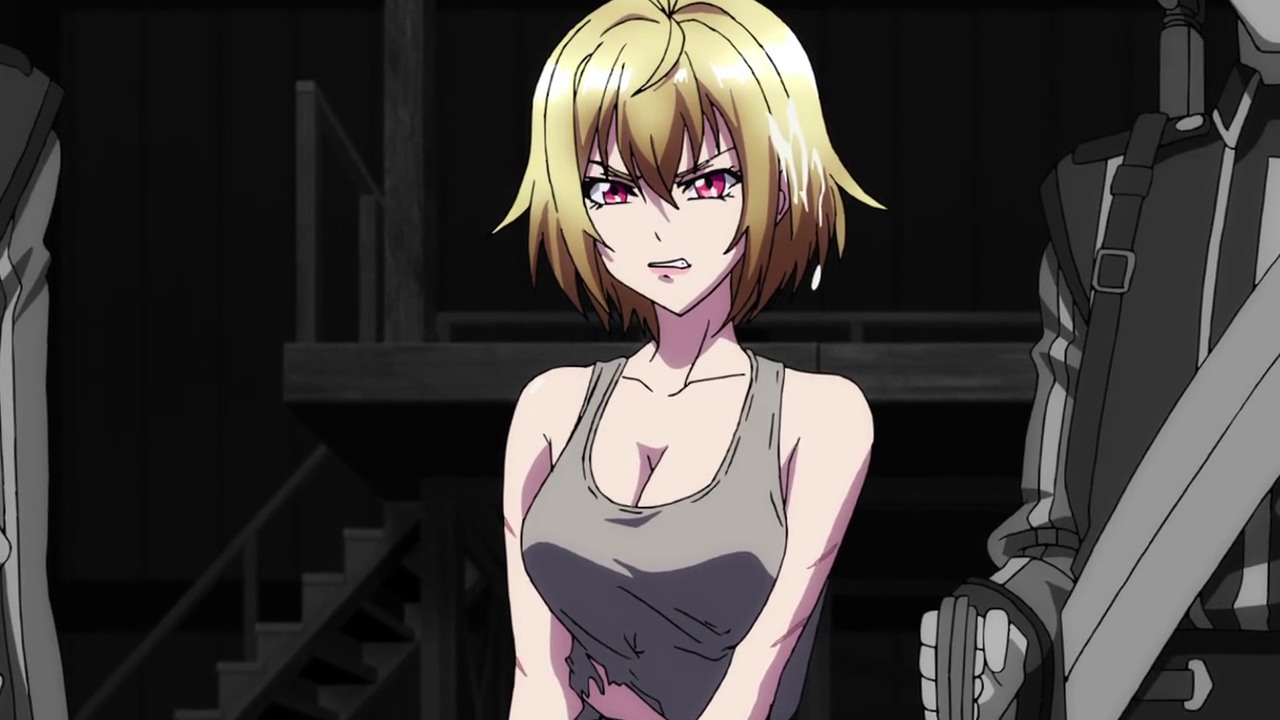 Truth be told, any self-respecting person with a reasonable sense of right and wrong would be turned off right from the first episode. Our protagonist, Angelise, Mary-Sue Royal Princess loved and absolutely adored by all she rules upon, is pulled down from her high pedestal quickly as the truth of her royal birthright regarding her non-ability to use mana is revealed. In a society where the line of demarcation between such ‘haves’ and ‘have-nots’, which is revealed to be a product of unfortunate birth, her entire society, brainwashed with believing that such beings, termed ‘Normas’, pronounced with unconcealed disgust by all, turns against her. Like a avalanche, the previous life that she has ever known falls apart, with the death of her beloved mother, the betrayal of friends and her family, and being whisked off to prison confined to a life of impending death fighting powerful DRAGONS from a life of riches. Compounding this is the controversial ending of episode one where she is manhandled by female prison commanders where she screams in pain, anger, and terror at being raped by her female superiors.

This said scene is almost deliberately so graphic that it sickens most viewers to the point of tears, myself included. Even by Kakumeiki Valrave standards of ludicrity, things literally turn in the span of time from good to bad, bad to worse, and worse to abominable, all in the span of one episode, giving both viewers and Angelise no time to react at all. With a method that is definitely meant to maximize the ‘shock’ factor for its viewers, there is a pervasive sense of tastelessness and pointlessness in this overly explicit and uninhibited sexual aggression.

Yet those who press on, despite this seemingly terrible start, would soon realize that all this serves a purpose. While Angelise was still in self-denial and proudly and pitifully wearing the badge of her former identity, she is literally delivered a smack from hell that plunges her into darkness. In portraying the extreme fall from grace of a proud, naive princess into the literal depths of human hell, this serves as the ultimate proverbial straw that broke the camel’s back, resulting in the ‘death’ of Angelise-sama, her previous self, to be reborn as daredevil, cynical and hardlined Ange. One of the most interesting points of this series is how Ange is as a character and the nature of the very struggle she faces throughout the series. After the first ‘transformation’ where her Mary Sue former self undergoes a complete 180 degree change, she becomes equally as unlikable. Bitter, angry and snapping at anybody and everybody that tries to show any form of kindness to her, she is simply a fuming ball of resentment that does not garner any form of sympathy even from viewers at first, given her poor track record. However, as her uncooperative nature attracts resentment from her fellow Normas, her ‘couldn’t-care-less’ attitude results in her one-upping the ones who try to bully her make her, at the very least, completely different from any form of female protagonist that appear in anime thus far. Perhaps in some form of detached sympathy with her plight, she is able to elicit cheers from us viewers when she uses force back on those who try to physically harm her in any way.

The entire course of the series then oscillates between a very fundamental struggle within Ange of hope and despair, trust and cynicism as she finds her place, role and identity in an entirely new world. As Ange gets to know her comrades in prison and meets new people, her sharp edges are noticeably softened as she finds her place amongst them as a soldier. As she meets new people and those from her past, she finds more reasons to spearhead her own tale of Revenge Against the Empire, armed with the motivation of the present, her vulnerability for the people she cares for, and the hopes of a better future.

Ange is not a likable character from the start. She is, in fact, a heroine that is only made because her experiences of the past made her who she is today. Though still selfish, a little tsundere in personality, and hard-headed, Ange has both the brawn and brains to battle and fight for what she believes is necessary for change. As a heroine born out of tumultuous circumstances, her resolution and motivations that transpire later on in this tale of revenge are only believable and relatable, precisely through how harshly she was treated and how this was simply presented to viewers at the start, with no holds barred.

The sex scenes in here are also not entirely pointless, even though its more-than-exaggerated doses of fanservice do a fairly bad job at concealing the studio’s undisguised desire to commercialize on the series as much as possible. Even with copious amounts of the flagrant unleashing of carnal desires in the form of yuri threesomes, such unbridled indulgence in the pleasures of the flesh reflect a desperate need of being able to ‘live in the moment’, as they are faced with real possibilities of being obliterated by the physically superior and highly destructive DRAGONS. Teetering on the edge of despair of a inescapable destiny that is forced onto them unfairly, sex and shopping become their only forms of temporary escape. In fact, these scenes are used to explain how bitter these girls are at their own fate, and how their fears of death, their exile from families and former society all harden into shells that conceal their most basic desires. Thus, in actuality, apart from the all too familiar compromising piloting positions and ‘requisite’ panty shots, as well as typical harem protagonist showings of a romantic interest who always ‘coincidentally’ finds himself in an awkward sexual tangle with Ange, the amount of fanservice is not higher than average, tolerable standards. It can hardly be seen as an obstruction to enjoyment of the story.

Moreover, Cross Ange quickly develops into a heavy plot, and an extraordinarily developed world. Few could have predicted the type of progression that the story takes in this series, which has its differences of typical revenge plots, in a way which in hindsight elicits a ‘Sasuga Sunrise, the creator of Valvrave and Code Geass!’. At the same time, it also makes one shake his or head at what an asshole the creators are in tricking every single one of its viewers, even those familiar with its over-the-top, messy and trainwreck-like style, into what could be termed as a hell-of-an-entertaining ride. To give a comparison without spoiling much, one could draw certain similarities between the type of plot twists between Cross Ange and Charlotte.

Also, elements typical of Sunrise’s trademarks add as bonus points to the series. There is no lack of nicely animated and fluid mecha fights, beautiful mecha designs, even if perhaps at the expense of certain noticeable flaws in the animation of its other scenes. Even so, the use of a brightly coloured palette and beautifully designed characters makes everything very easy on the eyes.

Such a controversial series is definitely not for everybody, as mentioned above. The first parameter against which one can test their tolerance is the end of the first episode. Even though the level of atrocity actually peaks in the first episode, the question of whether the brutalized scenes engender an impression so bad that no amount of salvation could be done thereafter to change one’s subjective opinion on the story, is something that should be considered.

The second parameter is when one is making their way through the first six or seven episodes of the story, where there is no hint of a real plot. While most viewers would be able to promise pleasant surprises thereafter, the slowness there and then may deter some. At the same time, this part of the series is where the yuri fanservice peaks, which makes the series seem unflattering as a fanservice focused story. From now on, the decision to continue or not is more of a personal preference. Personally, I found myself clinging onto Sunrise’s pedigree, and the uniqueness of watching a fresh, mean female protagonist, even if I was exposed to unprecedented degrees of yuri hentai scenes which served to, at least, mildly amuse me.

For those that actually get through the two parameters, you are undoubtedly, in for a captivating and engaging ride. If there is anything Cross Ange is not, it is its ability to keep one’s attention focused on the story because there is no telling what Sunrise is about to throw at you next. For those who like or don’t mind yuri, and like epic mecha battles, this is definitely a series for one to try. For those who liked Code Geass and Valvrave precisely because of the high level of entertainment, and those who think they have exhausted anime’s creative boundaries, and crave ingenuity and novel plot progressions with a very different female protagonist, such a tale would be right down your alley in ways that may very well be previously unimaginable.

As usual, thank you for reading to the end, and feel free to like, discuss or comment below on anything 🙂

56 thoughts on “Cross Ange: Where First Impressions Don’t Determine It All”