Societal responsibility’s integration with media has always been a less than seamless process. Most attempts at value activism has only been able to reach a target audience that already echo its views. However, incidences of reaching out to a potentially wider audience who are not conscious, vehement supporters of such views are few and far between. This is even more unheard of in the realms of fictional media.

Kiseijuu, however, is a rare exception that has managed to deliver an engrossing, addictive story together with meaningful, ponderous questions on identity and human nature. Scoring high on both the entertainment factor and depth of thought, Kiseijuu is a gleaming gem in the dust of most post-2006 anime.

Perhaps it is not entirely surprising, given the shining track record of its production studio, Madhouse, and the quality of its source material, a manga authored by Iwaaki Hitoshi at the dawn of the 90s’ era. Even so, the effort put in transforming source material to make it relevant and remain enticing to the crowd known for a reduced attention span, immediate access to a whole host of novel ideas at the click of a mouse is surely no easy feat.

A fast-paced psychological thriller packed with extremely clean, easy-to-follow action scenes, and voluminous amounts of violence and gore, Parasyte appeals to viewers who thrive on instant gratification. The premise may very well have been overused in most anime plots (an all-too-similar example would be Tokyo Ghoul) – that of the normal boy protagonist being thrown into a less than enviable situation of a half-human, half-monster sense of existence. In a world where human beings have been overtaken by Parasytes to reside on top of the food chain, Shinichi has to work out his role in this impending disaster, and take an active stand in light of the situation.

What makes Kiseijuu different from all its predecessors mainly lies in two points: (1) The fact that the parasites don’t actually aim to ‘take over the human world’, but merely fight for their survival as a species. (2) The fact that parasites are of reasonable intelligence which may or may not surpass that of humans given the speed at which they learn they learn about the human world and use their existing knowledge to their advantage in pretending to blend into human society.

The balancing scale is now a precarious one. The fact that they, akin to animals, are merely another species fighting for survival and a space on this planet opens up a web of enquiries. For what justifies exacting drastic measures to force the species into extinction just to ensure that human beings, that already populate the planet and the perpetuators of unsustainable resource consumption, live? What makes humans human? Does the factor of intelligence actually make parasites more similar to humans than say, the unthinking, lumbering Titans of Attack on Titan? Kiseijuu explores these questions in stimulating detail throughout the series.

Of course, such questions are not immediately apparent when Shinichi first meets his parasitic right hand, Migi, which had attempted to take over and control his brain but ultimately failed, and confined itself to his limb. The major differences in opinions they have at the start spark off a shaky relationship, especially when Shinichi perceives Migi as an invader and Migi, coolly logical, is a firm supporter of ensuring his species’ survival and lacks any form of humanity whatsoever. However, the story proceeds along an episodic fashion as the duo encounter parasite after parasite, with increasingly ambiguous moral intent. The realisation that Migi and Shinichi, being the oddball existence of being neither entirely on the humans’ nor the parasites’ site, explodes into a cat-and-mouse game which mainly consists of Shinichi trying to escape from the clutches of the parasites which deem his and Migi’s existence as a danger to the continued survival of their species. As Migi and Shinichi fight together to preserve their own lives and gradually come to understand the rationale and motivations behind each other’s actions and behavior, they develop a true, unlikely bond of friendship and genuine cooperation, which arguably forms the core of the viewer’s emotional attachment to the series.

The touching friendship filled with unlikely comedic moments, often surfacing in the banter between the two are not merely memorable parts of the series, as they represent the blurring of moral lines in terms of the question: what makes humans humane? Through their understanding with each other, Migi and Shinichi gradually take on characteristics of the other in terms of their thinking; with Migi understanding the importance of preserving emotions and empathy even towards those not of his species, and Shinichi going on a logical path of decision-making at times when emotions would have come to the fore. (Though arguably, this is not the main reason for Shinichi’s change). Their partnership also gives them an edge over other full-blown parasites when it came to fighting – with two heads strategising and thinking at once – hence also emphasising the age-old adage that unity is strength.

Kiseijuu is, however, not without its flaws. The full cast of supporting characters, ranging from Shinichi’s love interest Murano and potential love interest Kano, to his parents, the parasites Tamiya Ryoko, to the psychic serial killer Uragami, all mainly serve as pivotal plot points for the growth and development of Shinichi as a character and as ways to throw out more questions as the moral grey areas become more apparent. As such, there is an argument to be made that these characters were never developed enough with the exception of Tamiya Ryoko. 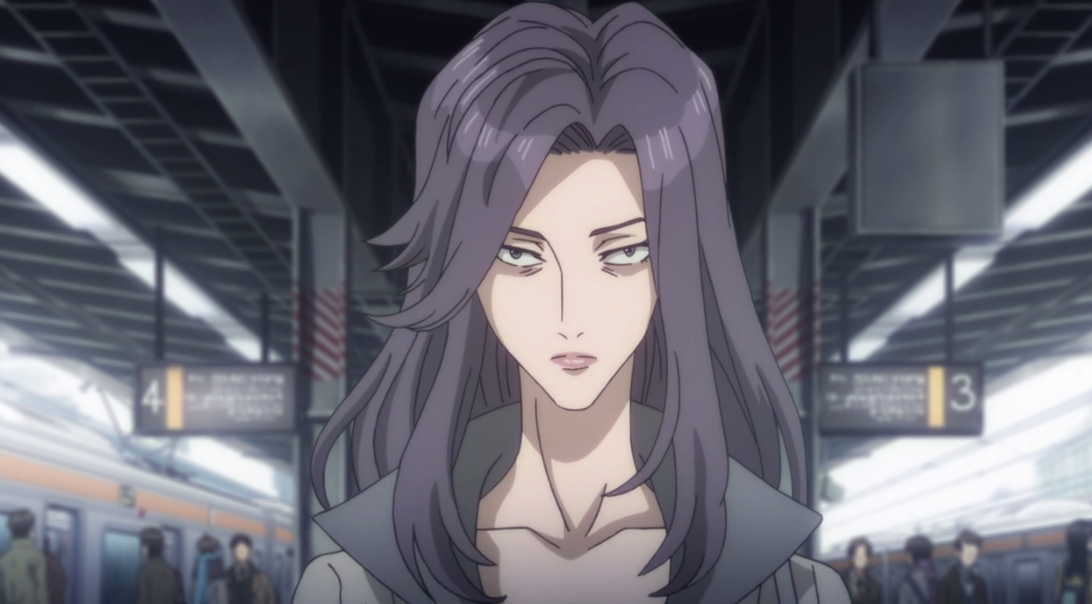 However, the usage of a supporting cast to further the aims of bringing clear and strong messages home has never been an entirely negative strategy, at least in my books. The parasites that, out of an almost child-like curiosity and an eager question for the meaning of their existence, vie away from their logical way of thinking to develop emotions, are placed in almost laughable juxtaposition against humans who do not think twice about sacrificing others in narrow-minded, selfish pursuit of their independent survival, or humans who engage in moral reprehensible behavior for their own sadistic amusement, raises the question of who exactly the monster is. Shinichi’s love interests, Murano and Kano, both anchor Shinichi to rawer emotions of sadness and humanity simply by being in existence. In shifting the focus from character development to exploring moral issues, Kiseijuu has managed to put forth thought-provoking questions that ring soundly in the viewer’s mind beyond the immediate aftermath of completing the series.

One can tell that the underlying, true message of Kiseijuu are not only the moral questions when the series does not stop at the end of an epic battle between the protagonist and the parasites. Instead what shines through is the understanding that the differences between parasites and humans may not be as stark as we think. As just another species on the planet merely aiming for sustainable existence, they resemble the oppressed plight of Mother Nature as human beings stake out with forceful means their continued triumph and dominance over other species co-habiting the same space, in danger of disrupting the delicate balance of nature that has been maintained for so long.

By engaging the viewer from an emotional perspective from the adventures of a teen and his right hand, Kiseijuu has enabled the development of empathy towards a species that does not appear superficially similar but ironically bears much resemblance to all-encompassing forms of human nature. As such, in presenting parasites in an equal light that garners sympathy at its condemnation, Kiseijuu can be said to be successful in insidiously and petulantly pushing forth the environmental conservatism message for viewers like me, whose environmental instincts lay, at best, dormant in my living conscious.  For now, instead of overpoweringly emotional documentaries of polar bears eating Norwegian dolphins due to the upset in their normal diets caused by global warming, the thought provoking messages of Kiseijuu are probably the ones that will jolt my mind, every time I see another moth that flies in to rest on my wall and my bug-fearing instinct propels me to reach out to the nearest slipper.

4 thoughts on “Kiseijuu Sei no Kakuritsu: An Effective Habinger of the Environmental Conservatism Message”