Time to continue clearing my award debt! Actually, as some of you may have noticed, I have fallen into a lazy blogging spell, hence the lack of posts recently :p Its a result of being addicted to Chinese web novels for two weeks straight. To be honest, being addicted to a novel is somewhat worse than being addicted to an anime series for me, because when I start to read everything just flashes by and it gets too hard to stop. Whereas for anime, I know at least there’s an end to every episode, and when that time comes, I usually think more about whether to click on the next button.

Today’s Liebster awards were nominated by ignite18, on the dates 2 August 2015 and 10 August 2015. Go check out her blog if you haven’t! It contains lots of manga and pics of hot guys *wink wink* Thanks for the nomination, and I apologise for my tardiness in getting back!

*I won’t be nominating anybody for these posts, because I think most of the bloggers I know have been nominated already and this is a pretty old award.*

What’s the weirdest thing someone has ever said to you?

“You look like a lamb when its time to be slaughtered has arrived.” Okay…

What would be the last thing you did if the world was going to end?

Leap off a cliff and experience exhilarating free fall motion. No harm in choosing to plunge to death while ‘skydiving’ right?

Milkkkk. White chocolate is a little too sweet for me.

If you could make any character come to life who would it be and why?

This isn’t easy. Mmmmm maybe Miyuki Kazuya from Diamond no Ace. Why? What, isn’t it obvious enough? 😉

What’s one thing you can’t live without?

Eyesight I guess. Tough choice though. Any of my 5 senses would be an apt answer.

What character most resembles you?

Hmm I don’t have a ready answer for this but for now, Shizuka Sazaki from Shirobako. Mainly because of the fact that she’s trying very hard but always falling short of achieving her dream. But she still remains positive and continues to try no matter what. She kind of reminds me of how I deal with challenges in life sometimes. 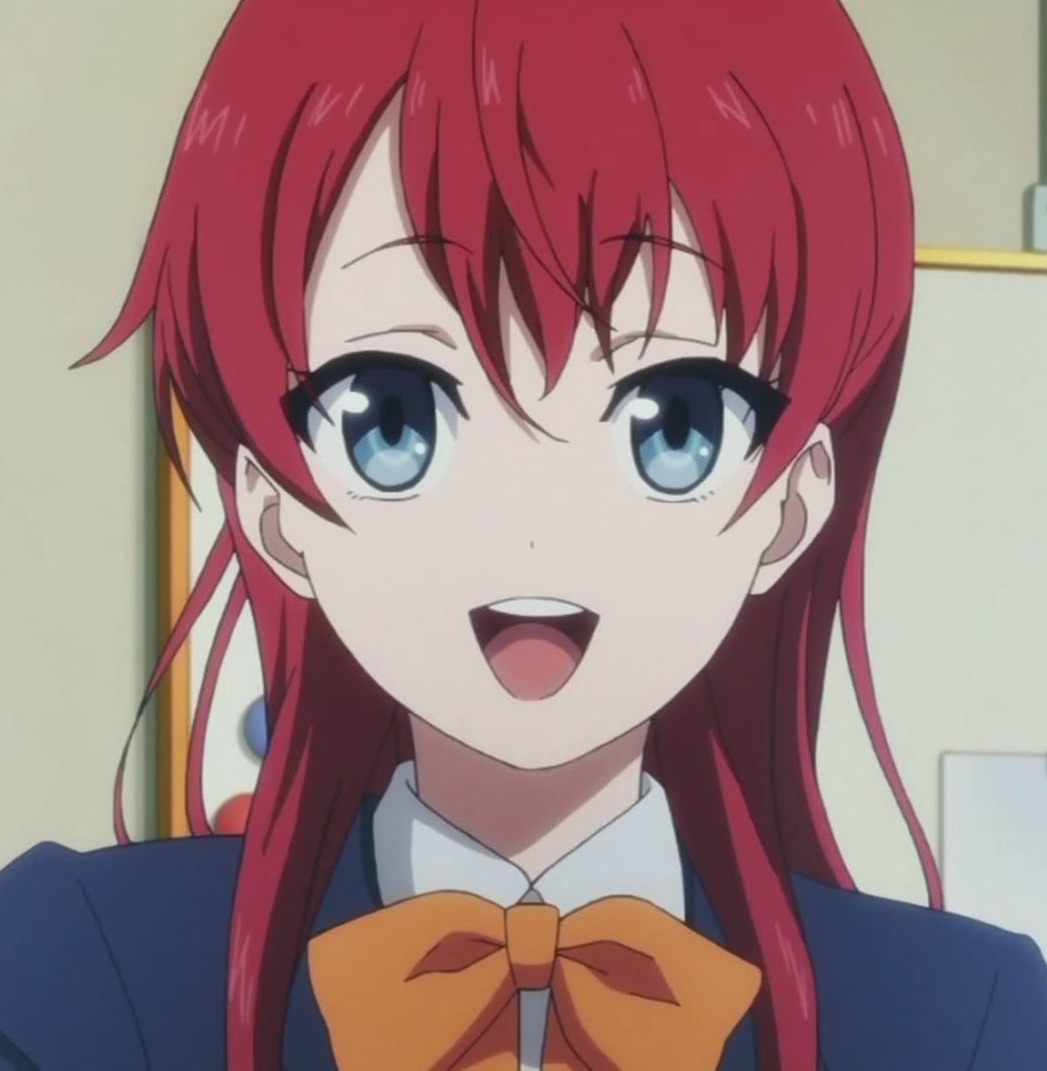 (I’m going to steal this question) Do you have a pet peeve and if so what is it?

I have like 1000 pet peeves I think lol. For now what I can think of is little kids being rude to their grandparents. Especially when their grandparents are slower in walking and are clearly just doing things for the good of their kids and the kids lose impatience and start yelling at them.

If you could live anywhere in the world where would you live?

I have a few choices for this. Probably still my country (Singapore) for the long term, Japan (Tokyo?) or New York for the experience.

Are you a cat or dog person?

What is something or somethings you’ve never done but want to?

Confess to somebody and spend like less one day being moody if I am rejected. It feels very ‘alive’ to do it like in romance stories (like shoujo) with all whole-heartedness, but I kind of don’t really want the bad consequences if they happen (LOL).

What is your greatest strength and weakness?

My strength lies in being a good listener. My most fatal weaknesses are probably cowardice and paranoia.

If you could wake up tomorrow in the body of someone else who would you be, and what would you do?

A male multi-millionaire or famous celebrity. I would go downtown and attend parties as an esteemed guest and bask in fame and snag all the pretty girls huehuehuehue. Yeah I know I am weird. But the whole point is also in switching genders xD

Do you do a crazy dance when no one is looking?

I kind of leap into the air rather than crazy dance. And then I’ll knock into something and sustain a bruise. Kind of happens all the time lol.

What’s your favorite day of the year?

First day of Chinese New Year actually. Which is coming up soon like the coming Monday! ^^ I love the buzz and the crowds of people at my grandmother’s house. Even the feigned socializing and the small talk that happens once a year is strangely fascinating. How people are overly friendly and cheerful is too I guess.

Something you secretly enjoy?

If you won the lottery, what would you do?

Book an air ticket to Japan. I mean plan a trip to Japan, because I don’t want to overly spend without planning.

Sky diving woots ^^ Better scenery than bungee jumping, and somehow I don’t like the idea of sharks and the open sea. *shudders*

What is something you’ve always wanted to try but have been too scared to?

Impulsively making a decision like running to a third world country like Myanmar or Cambodia on a whim without any planning. Half of me wants to see how much I can survive based on close to nothing while the other half of me is scared of what could possibly happen to me.

If you could go back in time, what year would you travel to?

What? I love the past. Take me back to ancient China please. My personality would probably do better there than now. Speaking of year, probably Qing Dynasty would be good enough. Probably the start of 1700 since that’s when Emperor Kang Xi was in rule.

What’s one thing no one knows about you?

Actually, this is tough. Ah maybe this. I like fiction about incest that can make me cry. This may seem weird at first glance, but I can tell you that how good writing is is when one can turn something that seems intuitively disgusting to something that actually tugs on your heartstrings and makes it so painful it makes you question your own morals. Like how could I have been so moved by something so unthinkable? That’s when one sees the power of beautiful writing.

11 Facts about me: I haven’t forgotten my topics for facts actually. Today’s one would be ‘Personality’

1. If there’s any defining trait about me, its probably obedience. This may have been great for my parents when I was young, but now that I am not a child anymore the problems of being too obedient start to surface.

3. I smile a lot at people but I am quite quiet.

4. I spend a lot of time worrying about random things. I am a born worrier.

5. I don’t like initiating conversations. But sometimes when things get awkward I’ll usually say something.

6. I am a little too dispassionate and indifferent to things and people at times. Most of the time I can’t be bothered.

7. I usually put curbs on my enthusiasm, which only happens when it comes to talking about anime anyway and since most people around me don’t think too well of it, showing over enthusiasm or excitement is never a good choice.

8. I do still like to talk to people in general though. I just hate the ‘small talk’ and ‘getting to know’ part, but only because I am often disappointed in the lack of depth in conversations nowadays.

9. I don’t know how to scold anybody at all. Even kids. By that I mean I can’t raise my voice or sound legitimately indignant.

10. I sometimes think I over analyze things too much.

11. I talk a lot more to online friends than to my real life friends sometimes.

So that’s all for today! Sorry about the lack of content recently >< I am going to write something more substantial by the end of the coming weekend though, as soon as I get my inspirational mojo back into gear. As always, thanks for reading, and feel free to like or comment 😀

40 thoughts on “Liebster Nominations by ignite18”