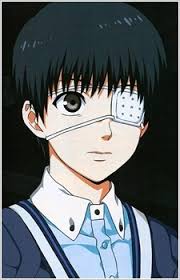 One thought on “Tokyo Ghoul: the Shingeki no Kyojin counterpart with a better main male protagonist?”