On the eve of the day the first episode of the second season of Fate Stay Night (Unlimited Blade Works) (TV series) is slated to air amongst fervent anticipation, I decide that it is apposite for me to finally get down to writing my thoughts on its prequel which aired in Fall 2014.

UBW tells the story of an age-old ritual and fight to the death, named the Holy Grail War, of which the prize is the omnipotent Holy Grail, said to grant any wish of its possessor. To do so, seven masters are given seven heroic spirits chosen by the Grail, namely: Saber, Lancer, Archer, Rider, Caster, Assassin and Berserker. Each master will then enter a contract with their Heroic Spirit or Servant, and then battle other masters and their servants to the death until one pair remains.

I have always had mixed feelings about the Fate franchise. Spawning many animated works so far, Ufotable and the legendary Gen Urobochi’s version of Fate Zero, the prequel to Fate Stay Night, has blown my mind away with its animation, quote-worthy dialogue, stunning action and character development. Unfortunately, Studio Deen’s adaptation of Fate Stay Night had left much to be desired and left a very bad taste in my mouth. Fortunately for me, this was again Ufotable’s adaptation and they were also animating Rin Tohsaka’s route this time so it was really good news for me (sorry, not really a Saber fan in the romance department, though undoubtedly Saber is a really cool character.)

UBW specifically focuses on Rin Tohsaka, who enters the War after due preparations as the heir to the Tohsaka Household, a heralded house of mages of which generations have participated in the war. However, she saves this boy, Emiya Shirou, who had been unexpectedly caught up in the battles, from the brink of death, bringing him into the world of the Holy Grail War where certainly Rin never expected to, and Shirou much less.

Actually, it would probably be more accurate to say that this is Shirou’s story, rather than Tohsaka. I have always been a little impatient with Shirou as a character in Fate Stay Night, mainly because I found his ideals very unrealistic and too goody-two-shoes as a hero.

Most intelligent line ever. Even when taken in context.

But enough of that. That was Studio Deen. This is Ufotable. The animation studio DOES make a difference.

Thankfully, though Shirou still maintains much of his core ideals to my chagrin, he comes across as more earnest, more realistic and less eager to jump into shit in UBW where he knows he stand no chance of winning given his meagre magical powers as opposed to the people who have trained relentlessly for years just for this War. He is also actually more developed as a character and makes decisions and carries them out in more measured steps and after some thinking.

What makes things better is also the focus on Tohsaka and her servant, Archer. I have always found Archer interesting as a character so I was glad that the focus was on him (and I still haven’t figured out his identity though I think I was supposed to know already. Goes to show how much I bothered to remember from Fate Stay Night.) Archer does deliver some bombastic lines to knock some sense into Shirou, enough to make me pause and replay his monologue anyway.

As for Tohsaka, she has always been Best Girl for me. Sorry Saber fans, Rin is way more holistic and has more endearing reactions, for me anyway. Saber is a little too stubborn for her own good and her and Shirou together is one huge giant no for me. Its a little strange though, I have never been fond of sassy female characters when there are other girl options but Rin really won me over. 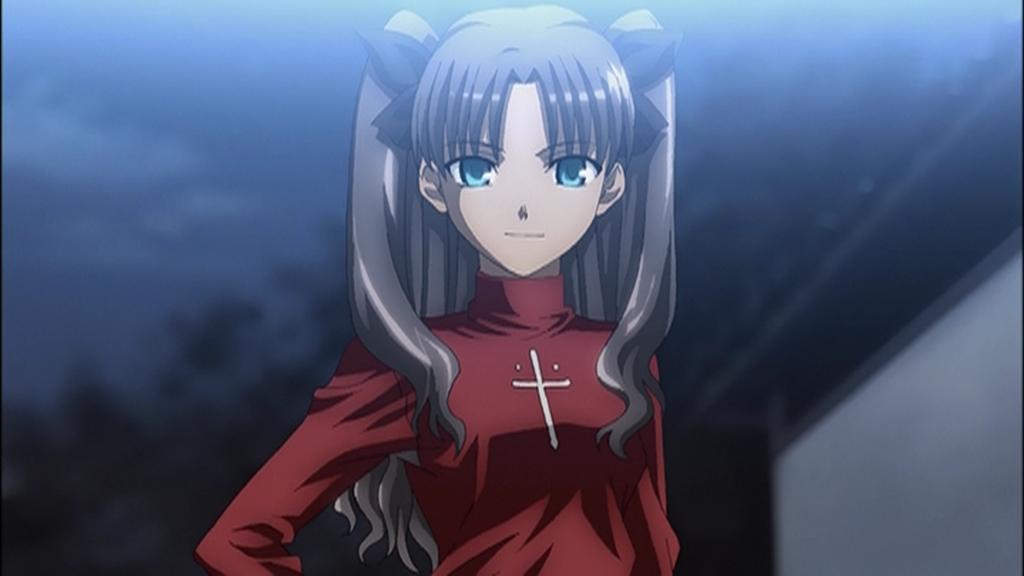 The only other thing left to commend is Ufotable’s razor-sharp animation and the way each screen oozes ‘bottomless budget’ to me. The fights are sometimes even too fast for me to catch what is going on – its really pretty amazing. Not to mention the extremely well done backgrounds and scenery. In fact, I think its hard to see animation of such a high quality as Ufotable’s works. Unfortunately or fortunately, they seem to be only intent on animating Type Moon’s works.

That’s all my thoughts for now; time to jump into the second season head-on for the ride to the finish! Who else’s gonna watch this as well? Leave a message! ^^

*All images belong to the respective owners and licensees of copyright and do not belong to me.*