Ahem. So, I decided to finally clear my award debts. Even if they are like 23278436247826372 months late. And that the people who nominated me probably forgot they did. But its okay. I owe all of you guys messages of gratitude anyway since I neglected to do shoutouts of any sort. Besides, more and late love is better than less and never love. Even if its virtual. Right?

So, I’ll start first with L-Zerb’s nomination here, published on July 30 2015. No amounts of apology can save my guilt that I am almost convinced that nobody wants to nominate me for awards anymore – everybody must be secretly thinking: ‘this girl. so late.’ *insert troll face*

Next season it shall be. I prefer seeing stuff animated.

What do you think of light novel adaptations? Do you think it’s superior to the original source?

Nope. Original sources are always important. Adaptations are merely another way of interpreting a source. Both are different forms of art which can’t be religiously compared with each other all the time.

Have you ever experienced overpowering the other team or player when playing sports?

Do you have any real life friends who are anime fans? If you do, how many?

I wouldn’t say they are as die-hard fans as I am, and I don’t even know if they can be counted as ‘friends’ rather than ‘acquaintances’. Even so, the social group I am in makes it practically impossible to meet RL anime fans without me actually trying to go to anime clubs or something.

Do you think it’s fun to have many real life friend anime fan?

I have met RL people who are anime fans, but its really no fun when they don’t think about anime at the same level as I do. I end up having nothing much to talk to them about. Hence, nope, not necessarily.

How did you feel when you first entered college?

Did you ever get bullied?

What genre or what kind of music do you usually listen?

All kinds, and across countries as well. Currently its mostly anime-related music and J-pop/rock. I listen to Mandopop when I am craving for more subtle, mellow lyrics on love. Chinese songs have most beautiful lyrics ❤ while Japanese lyrics cover such a great awe-inspiring variety of content that I cannot tear myself away from these songs.

What genre of anime do you usually enjoy?

Is there anything (And I mean anything at all) that is popular you tend avoid?

Yes. Loads of stuff. I’ll probably draw lots of flak here, but some examples are certain Korean dramas, and certain American Blockbusters Which Shall Not Be Named.

Do you speak English fluently? For native English speakers, do you speak your second language fluently?

Yes. As a Singaporean, we are considered native English speakers, though the concept is a little hard to grasp for people outside Southeast Asia or those who have never heard much about Singapore. Basically, despite being a native English speaker, I don’t consider Chinese my second language, because it’s my mother tongue. Both are equally as important to me as far as I am concerned. So yes, I speak Chinese language fluently as well.

Since there are a few award posts that require facts, I decided to give each bunch of facts a theme. Today’s theme is: thelimitlessimagination.

1. The name ‘Shiroyuni’ came about because Yuni is a character from Katekyo Hitman Reborn whom I love and I think I look like physically … sort of. And ‘shiro’ was just because I didn’t want ‘kuro’. 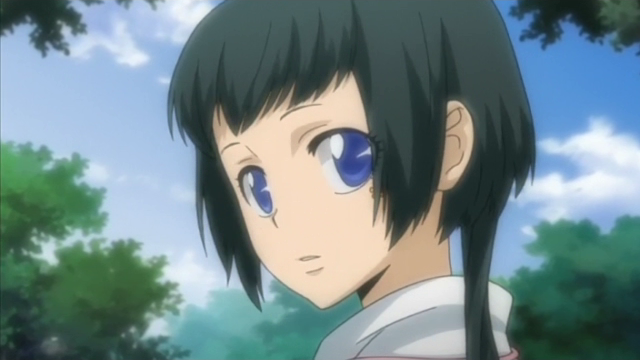 2. Before starting this blog, I thought that my posts won’t garner any attention at all, and my mental image was of this lonely person (me) slowly going insane by talking to a wall. I am glad to say that that mental image has since subsided.

3. I was also partly inspired by one of my friends, who wrote her reviews so stunningly that I aspired to write like her. Part of the reason why I have never let her read this blog was because she is firstly not an anime fan, and secondly because I think the quality of my writing is still sub-par as compared to hers.

4. I am selective on what posts to read from my Reader, because of limited time.

5. I usually choose posts firstly based on (a) who wrote it, and secondly (b) how much the title and content interests me. (a) usually depends on how much the person reciprocates my attempts to interact with them, and occasionally means someone who just has an attractive writing style that I am drawn to it no matter what. (b) usually means anything that is remotely intellectual or is on a relatively interesting topic. Anything else gets a cursory glance because y’know, lack of time?

6. Admittedly, I am also perhaps, a little too sensitive to this whole reciprocal-blogger-interaction thing.

7. My first post on this blog is actually a Chinese review on a Chinese novel. Someday, to justify its existence, I want to write an article detailing the differences between Chinese narratives and Japanese narratives, because there is a severe lack of such comparisons on the web.

8. I am actually running on a gigantic backlog of posts. There are at least 20 to 25 anime which I have watched which I have yet to write about.

9. Up till recently, my anime posts were all written at least a month or two (and many series) after I have watched it due to pure laziness. My faded impression of the shows really gave me a huge headache and I regretted it everytime until I finally learnt my lesson.

10. The personal story post I wrote was my third attempt in my entire life of writing in narrative style. (Primary school compositions don’t count.) The first was a long winding story which never ended that was modeled after Louisa May Alcott’s ‘Little Women’ which I wrote when I was ten. The second was a recreation of Yamada’s confession scene in Honey & Clover which I published on a small section of Wattpad, hoping that nobody would see it.

11. My decision to finally start clearing my award backlog was due to the encouragement I received on my blog birthday post to adopt the Nike motto of “Just do it!” That really helped a lot, guys!

For this, I specially nominate allthefujoshiunite because she deserves more award nominations! xD

That’s all, I apologise to L-Zerb again for the lateness, and more posts are coming up!